A Dryad for the Cracked Earth

Birthday present for my Mom: 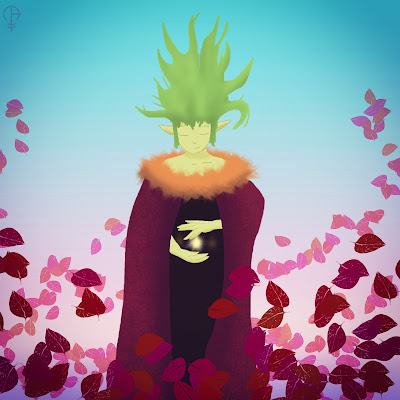 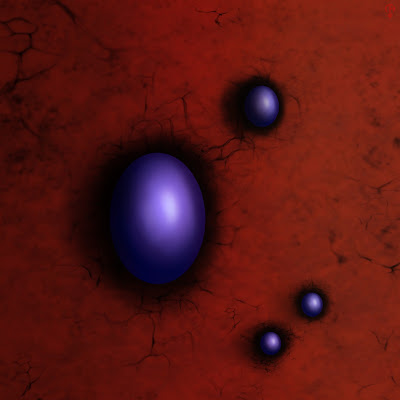 
First of all, super duper shout-out to Luke Phillips for his theremin app.

I'd checked this out some time ago, but didn't start really putting it through its paces until a few weeks ago, getting a good sense of what soundscapes it can put together just using its own looping/overdubbing features. I decided to make a small project out of it due to it being criminally underrepresented on YouTube apart from Phillip's own demonstrations. Saying that, though, I didn't have a good setup for filming the actual composing/performing that I was happy with. I figured it would be more in line with the spirit of musique concrete to let the sounds speak for themselves.

This is a roughly 50% improvised composition using a theremin app on an Android device pumped through a bass effects pedal's ring modulator setting. It was all recorded in one go with no post-processing on a Zoom H2N. When I say 50% improvised I mean that I had criteria for what notes to use, what waveforms to use (only square and sine wave), what pedal settings to stick to, and what an acceptable overall length would be to convey (if only in an abstract sense) a suggestion of a narrative.

Well, it finally happened. Twitter, my favorite social media site of all time, at long last has finally addressed the incessant whining over character limits and literally doubled their SMS-based 140 limit to 280.

This comes after kicking around a few ideas such as a 10,000-character footnote, which ultimately got put into their Direct Messaging feature. In a way, this kind of came to be already with the way replies were restructured. It used to be when you messaged someone, it was simply (at)username followed by the message. There wasn't an especially good way to follow the dialogue, to say nothing of more voices jumping into the fray. As time went on, Twitter adopted a sort of nesting (ha) format that no longer required the username to take up part of the message. Now, not only could you follow the conversation, but you could expand your own monologue as needed into bite-sized 140-character chunks. Other niceties include the shortening of URLs, the embedding of certain shared content such as photos and videos, and account authentication for other sites. Taken as a whole, the Twitter of yesteryear, when T9 was the new hotness and smartphones looked like glorified graphing calculators, is completely unrecognizable against today. Twitter bears a stronger resemblance to Facebook than its old self, which is somewhat ironic given that Twitter essentially took the status update part of Facebook's layout and said, "This is our entire site."

My point is that while many may see this move to 280 characters as a drastic paradigm shift, it actually isn't when compared to the bigger picture. I still have my reservations about it, but it's not simply because I fear change. Saying that 280 characters goes against the simplicity of Twitter would require me to throw reply threading out the same window. I have problems with that change as well, but from Twitter's perspective, it only makes sense for them to try to be all-encompassing rather than a companion site to one's YouTube or Wordpress or what-have-you. The more versatile your site can be, the longer people will stay.

Speaking of having more to write...

November always puts me in the mood for writing, which more than likely started with learning about NaNoWriMo from a friend. I've written many an entry about how I've never formally participated, but always admired the spirit of the event. Like Inktober, it's got less to do with the results and more to do with the process and the learning experience it entails. Even if I don't go along with the requisite 6,000-ish words per day to reach the full length goal, I typically have some sort of small-scale writing project in the works. I don't really have anything for this year, apart from some old scraps I haven't touched in some time. I don't feel like picking any of them up, but I also feel rather burned out on drawing from Inktober apart from a few daily doodles and warm-ups.

Still, between NaNoWriMo and Twitter's new 280 happening within earshot of each other (Coincidence? Probably.) I'd be curious to see more examples of Twitter fiction. While we've had some solid examples from Clare Bell and Matt Stewart, along with some quasi-epistolary works that even take a more multimedia-embellished approach to narrative, I feel there's still a lot of untapped potential to be had on the platform. While I may not partake in the newfound potential of this particular medium's quiet expansion, I'd be curious to see what others make of it, what examples they may set, how much they'll invest in the execution, and what potential it may hold for them in regards to future works.
at 17:00 No comments: