Watch Batteries While You Wait

I'm trying to break away from YouTube and move video operations to Revver. One reason for this is that Blip.tv makes me want to learn latin because that would be easier than working with Blip. Another reason is the possibility of supplemental income through ad revenue. Granted, I won't become stinking rich, and it probably won't pay any of my bills (I just got a 300USD heating bill, so there goes this week's unemployment check), but it'll be something. Similarly, when I applied for a partnership on YouTube, I was preemptively told I would be wasting my time.

Anyway, I'm writing this as a kind of filler until the videos I uploaded to Revver go live, which leads me to a small problem I'm having with Revver right off the bat. Revver, partly because of their ad-revenue model, is very concerned about people uploading copyrighted material to their site, as opposed to YouTube, which is so unbearably lax that it would rather bring huge lawsuits from Viacom down upon themselves than risk losing half of their user-base, people who just want to see clips of TV shows and segmented movies put up by a gaggle of couch potatoes with capture cards instead of actual content produced by a genuine community. Like I was saying, because of not wanting to be like YouTube, Revver has a very stringent uploading policy wherein once a video is uploaded and transcoded, it has to be reviewed by a member of staff to make sure it complies with standards before going live. According to the FAQ, this process is supposed to take 24 hours, but generally less.

It has been at least three times that and counting since I uploaded my videos. I'm wondering if I should say something, but I figure that by the time I get a response, they'll have gone live and I'll end up looking the fool. Sure, there'll still be the issue of the overall turnaround time, but eventually going live at any stage would make the matter mostly academic. If they're rejected or turned away, then I'm definitely going to speak up; I go very far out of my way to abide by copyright statutes, especially the limitations of fair use.

I thought about uploading a quick webcam video where I'm screaming and ranting about the iPad, but my roommate's trying to sleep so I have to be semi-quiet. My big problem with it is that it's not running Mac OS X (or Leopard or whatever big cat they're up to by now), but instead running the iPhone's OS. So, not only does it fail as a tablet PC, but it fails as a netbook, too. Most netbooks have abandoned using Linux distributions in favor of Windows (albeit it drives the cost up a considerable bit). Furthermore, the great thing about tablet PCs (and why I secretly really, really, really want one) is that, when using the stylus, you've effectively got a digital sketchbook. If I'm forced to use my fingers on the iPad, then it means finger-painting. Who knows, maybe with the zoom function, one could effectively make different-sized "brushes" out of their digits, but it's just not as precise as holding a stylus.

Last thing I'll say about Apple: Apple is a very good name for the company because they are nothing if they're not great polishers.

Back to Revver; I could rant against Apple all day (I don't hate them, mind you, I just find them painfully overrated and equally guilty of being as greedy a monopoly as Microsoft). As for why Revver doesn't have a big market share of video-hosting sites (in fact, no one does unless you're YouTube, it's a really hideous pie-chart), I think a big part of it goes to this review process. I mean, once you upload a video to YouTube or Yahoo!Video or even Gamespot, there's a turnaround time of transcoding lasting maybe five minutes at the worst. With Revver, your video will not go live for nearly a full day, so even the most laid-back v-loggers might find the delay a little difficult to work with. Then again, maybe it gets quicker as time moves on and what I'm going through really is just an aberration. Maybe this overly-long wait time is reserved for first-timers; maybe the review process is faster for regular and established posters.

I learned what an Exquisite Corpse is in one of my video art classes. Apparently, it's a very well-known type of collaborative art project. However, when I put "exquisite corpse" in a search on DeviantART, I think I only got one result that was an actual Exquisite Corpse, and it wasn't even finished, only the start. That's very disappointing.
at 07:16 No comments:

Two Webcams for the Price of One 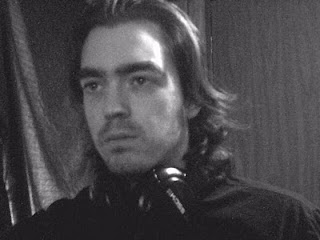 Apart from occasionally begging my dad to let me look through the viewfinder of the VHS camcorder he'd bring home from work, and the Christmas video we shot one year, my first real experience working with video was a webcam. My Dad got it through work for videoconferencing. It was only in monochrome, but it delivered a very solid 30 frames per second, or at least above 15. Of course, that was the frame rate when the video was saved directly to a hard-drive; the frames dropped well below 10 per second during an actual video chat session (DSL was maybe being whispered about, but high-speed was pretty much nonexistent). Now, here we are, over ten years later, and I've learned many things about webcams, the most important thing being that color is a failure mechanism. Seriously, it's sad when a monochrome webcam from the mid-to-late 90s looked better than most webcams I've seen today.

I bought one once circa 2002, but I took it back after one day, citing its failure to get me a full 30 frames per second despite the iMac being well above the minimum system requirements. Again, the old monochrome webcam could get consistently higher than 15 frames per second, but this newer and more modern camera couldn't muster more than 10. Granted, the newer one was a lot cheaper compared to the monochrome one, which I think cost about 130USD at the time.

More recently I was reading a Cyberguys catalog and came across this little IPEVO number and was intrigued by its ergonomics. Later, I found a packaged deal on Amazon where I could get two for the price of one, and thought I'd give it a shot. I mean, surely there must be a lot of progress made between 2002 and today in the way of webcams.

When I record directly to the hard-drive, I was really disappointed to see it not even rise to the level of a now-decades-old webcam despite the advances in technology in those intervening years. My PC, which has literally 5 times the processing power and RAM of the iMac, is still apparently not powerful enough to get this camera running anywhere close to 30 frames per second. Instead, it averages about 8.

That said, I'm not going to take it back.

Why? Because I like its quirky design, I like the fact that I got two of them for the same price, and, best of all, I like the picture effects. The picture effects include a black-and-white mode (which immediately earned its staying power on my desk) and something called "TV effect" which adds horizontal lines to make it look like an old security camera. Put simply, I love it. I can't explain it, somehow 8fps doesn't look so contrived or ugly when the video is in monochrome than color.

So, the IPEVO PoV is the newest implement in my lens-based arsenal.
at 14:10 No comments:

Something I said about collage once (from DevART)

tinkwig
A recent discovery. It's no secret that one of my favorite artists is David Mack (creator of Echo and Kabuki) in no small part for his psychedelic collage work. I actually have very mixed feelings about collage; I won't vocalize my negative sentiments about it, suffice it to say I find it really difficult to find compelling and interesting works in the style. Luckily, my search led me to his page, making the journey there all the more worthwhile. He is a poet of both prose and the mental photography that is collage. His works are snapshots into the depths of the mind, the part that synthesizes and collates and catalogs all the disparate images we absorb that eventually generates the abstractions that become inspiration and genius. It's like watching a chef take handfuls of different and inconsequential ingredients and turn them into a five-star dish that at once disguises its components and embraces them. Akira Kurosawa once said that “man is a genius when he is dreaming.” Well, that's completely true, and this guy's got the "photos" to prove it.
at 12:23 No comments: